A regular GP in Norway is responsible for examining, diagnosing and treating the patients on his/her list. The regular GP is also responsible for referring patients to hospitals, other medical specialists and physiotherapists. The role GPs in primary care system was vital in ensuring early cancer diagnosis and access to treatment.

International Cancer Benchmarking Partnership (ICBP) – a collaboration between six countries from around the world with similar health care systems –published a study yesterday in British Medical Journal*, in relation to management of ovarian, lung and colorectal cancers in primary care system.

Researchers analysed survey responses from 2795 GPs on how they would manage different scenarios of patients coming to them with possible cases of either lung, colorectal or ovarian cancer. Results were compared with the one and five-year survival rates for these cancers. 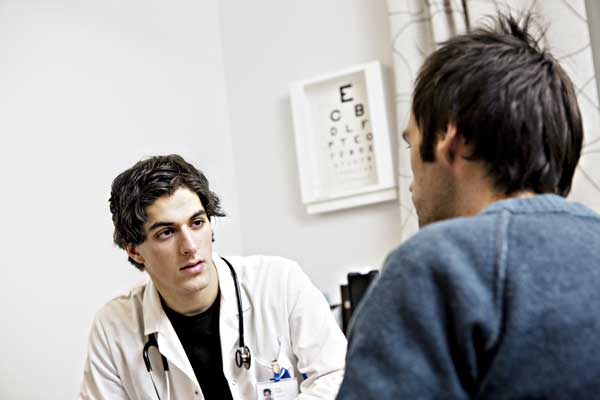 Compared to other countries, GPs in Norway were highly likely to refer patients to experts or for test. Australian GPs in Victoria and New South Wales reports highest willingness to immediately referral.

GPs were also asked a series of questions including what access they had to specific tests, waiting times for tests and results and whether they could speak to cancer specialists for advice.

In Norway, the average waiting time for MRI, endoscopy, Flexi sigmoidoscopy, Colonoscopy ranged between six to eight weeks, which is comparable to most of the countries. However, Norway’s waiting time for X-ray was more than two weeks, with only Sweden and England slower. The best performing region was New South Wales for X-ray, with a total waiting time of around one week.

Norway was among the countries with the highest access to specialist advice, which indicates no big barrier between GP and specialist.

Presidential Lecture in Chicago with a newly created video