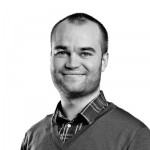 The immune system has sensors that recognize invaders such as bacteria and viruses, but also damage to the cells in the body. When the immune system is activated, the result is inflammation, which is designed to remove invaders and repair cell damage. Inflammation is characterized by redness, heat, pain and swelling.

The body has to regulate inflammation carefully, because if the immune system overreacts, the response itself may cause more damage than the actual reason for the reaction. Chronic inflammation is linked to diseases such as atherosclerosis (hardening of the arteries), obesity, cancer, diabetes and dementia, among others. 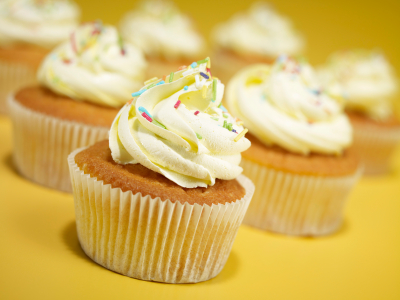 Chronic inflammation is linked to diseases such as atherosclerosis (hardening of the arteries), obesity, cancer, diabetes and dementia, among others.

A key issue for us at the Centre of Molecular Inflammation Research (CEMIR) is how inflammation can be so closely associated with so many seemingly different chronic diseases.

The American Dr. Robert Lustig’s book “Fat Chance – The bitter truth about sugar,” is quite relevant here. Lustig blames high sugar consumption as the major culprit behind our generation’s greatest health challenge, metabolic syndrome1. Dr. Lustig, who is a pediatric endocrinologist and works every day with overweight children, is perhaps best known for his lecture “Sugar: The bitter truth” on YouTube. This video is now been seen by more than 3.5 million people.

Lustig and others raise issues with the prevailing view that obesity is due solely to too much energy in, and too little energy out2.

The World Health Organization’s definition of metabolic syndrome is insulin resistance, along with two or more of the following: hypertension (140/90), obesity (BMI> 30), high cholesterol (TG> 1.7), or increased excretion of protein into the urine (microalbuminuria). Metabolic syndrome results in enormous health care costs, and is more of a major public health problem worldwide than malnutrition.

Patients with metabolic syndrome are at higher risk of a number of different health problems, including heart attack and stroke. We have not been spared from this problem in Norway, and “Samhandlingsreformen” – the Coordination Reform – is an attempt by the Norwegian government to bring the issue to light through an increased focus on preventive health care.

When you consume sugar, your body must decide whether the energy should be used or stored. Sugar is an important source of energy – and it is therefore essential that we always have enough. Any surplus will mostly be stored, in a process that is managed by the liver and that results in a variety of wastes, including uric acid. Under normal conditions, the body can get rid of uric acid, but if it accumulates, it can form crystals.

In the first part of my doctoral research, we found a mechanism that explains how these crystals activate the immune system. The immune system tries to get rid of the crystals, but cannot (see video). The cells then send out a powerful cry for help, which activates the immune system further. This emergency signal is tightly regulated, because if the body overshoots its target, the result is chronic inflammation. If this inflammation manifests itself in a joint, we get redness, heat, pain, and swelling – all symptoms of a disease better known as gout.

The liver also converts sugar into fat for long-term storage. The fat is transported as LDL (better known as “bad cholesterol”) in the bloodstream and out to our fat cells. On the way, the cholesterol can stick to the walls of blood vessels and form the foundation for what we call atherosclerosis. Too much cholesterol in one place can also lead to the formation of crystals, cholesterol crystals.

We are currently completing a project where we have looked at whether cholesterol crystals activate the immune system in the same way. In this situation, the immune system overreacts, but the consequence may be that the vessel wall, and not the crystals, breaks down. This can cause a wound, which in turn can cause a blood clot. And depending on where the clot is located, it can cause a heart attack or a stroke.

The goal of our research is to improve our understanding of how the disease occurs. There are ongoing trials of immunosuppressive drugs to prevent heart attack and stroke. But it is also important from the patients’ perspective that we understand the mechanisms of disease as best we can.

But immunosuppressive drugs attack metabolic syndrome at the wrong end. If it really is correct that sugar + inflammation = true, then we can all approach this from the other end – namely by cutting our daily sugar intake.

The official opening of the Norwegian University of Science and Technology’s four new centres of excellence (CoE) will take place on Monday 10 June. CEMIR, the Centre of Molecular Inflammation Research, is one of these new centres. CEMIR researchers will study new mechanisms that set off inflammatory responses. We hope this will provide us with information that could help in the development of new treatment methods and the diagnosis of diseases in which inflammation plays a crucial role. You can read more about CEMIR at http://www.ntnu.edu/cemir

In June there will be more blogs from CEMIR researchers.

What does inflammation have to do with global health?