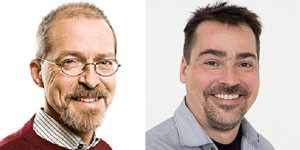 The Olav Thon foundation announced today that Menno Witter will receive 10 million NOK for a collaborative project with Cliff Kentros, also at the Kavli Institue at NTNU, and Gunnar Gouras at Lund University and Heikki Tanila at the University of Eastern Finland.

According to the Olav Thon Foundation’s evaluation, the hypothesis is original and innovative.