Mosers, Kavli Institute given multimillion grant to establish a new centre of excellence

The British-born Pauline Braathen has given US $5 million to establish a new centre at the Kavli Institute for Systems Neuroscience at NTNU. The Kavli Foundation has matched this donation with NOK 50 million so that the new centre will receive a NOK 100 million grant. 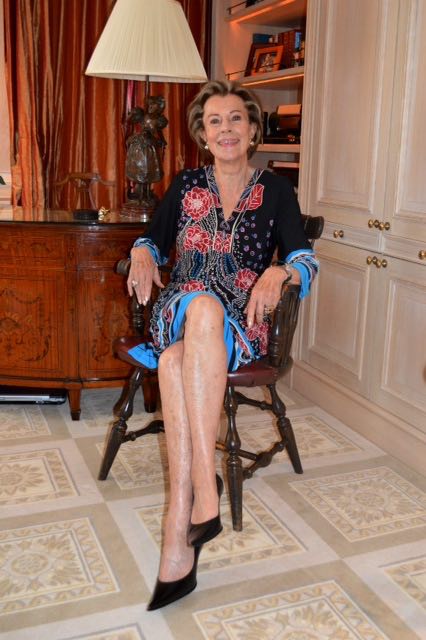 “Through this donation I want to recognize and encourage the world-leading neuroscience research in Trondheim, which is led by the remarkable Nobel Prize winners May-Britt and Edvard Moser,” says Pauline Braathen. Photo: Private

Pauline Braathen was married to Egil Braathens for 46 years. He died in 2009 after a prolonged period of advanced Alzheimer’s disease.

Braathen announced today that she would donate US $5 million to establish The Egil and Pauline Braathen and Fred Kavli Centre for Cortical Microcircuits at the Kavli Institute for Systems Neuroscience at the Norwegian University of Science and Technology. The Centre will be established in cooperation with The Kavli Foundation in the USA.

“Through this donation, I want to recognize and encourage the world-leading neuroscience research in Trondheim, which is led by the remarkable Nobel Prize winners May-Britt and Edvard Moser,” says Mrs. Braathen. “At the same time I wish to honour my deceased husband, Egil Braathen, who had a lot to be grateful to St. Olavs Hospital for. The research led by May-Britt and Edvard Moser has great importance for a world in need of increased knowledge about how the brain works, in order to prevent and cure brain-related diseases and illnesses. I believe that this unique combination of research and clinical excellence has the qualities we need to find the answers to the Alzheimer’s mystery. It is therefore with a great joy that I and some of Egil’s heirs in Norway take action in accordance with Prime Minister Erna Solberg’s call to give money to this purpose.”

Egil Braathen was an extremely successful property developer who became one of Norway’s richest men, and has been referred to as “the unknown billionaire”. He created a large property development business in Oslo before he left Norway with his British wife in the mid-1980s.

He continued his investments abroad and left behind a substantial fortune, a small part of which went to his wife Pauline, who has previously given substantial grants to medical purposes. Braathen is donating the remaining amount of her inheritance to the Trondheim research centre. “I would truly have wished it to be a much larger contribution, matching that in the United States,” Mrs. Braathen says, “but my inheritance was limited to a small percentage of the considerable amount of wealth that my husband created during our years in Norway and the United States.”

Mrs. Braathen is joined in making this gift by three of her late husband’s nephew and nieces, who were also named in his will. They are making their own contribution of US $1 million in lasting memory of their uncle. The total donation of US $6 million (approximately NOK 50 million ) is being made to the Trondheim Foundation for Scientific Research, which manages the funds and contributes annual funding to the Kavli Institute for Systems Neuroscience at NTNU.

The new Egil & Pauline Braathen and Fred Kavli Centre for Cortical Microcircuits will be a central part of the Kavli Institute for Systems Neuroscience, directed by May-Britt and Edvard Moser.  The grant donation of US $6 million will be matched with a corresponding grant of US $6 million from the Kavli Foundation in the USA, so that the total grant to the Foundation in Trondheim is approximately NOK 100 million. This will triple the Foundation’s existing capital fund.

By building up the Foundation’s capital in Trondheim, these gifts will produce a yearly return that will give lasting contributions to brain research.  The payout by the Foundation from the NOK 100 million gift will result in a yearly research grant of NOK 5 million to the new Centre and to the Kavli Institute.  The money will also be matched with a grant of 25 per cent through a government fund called the “gaveforsterkningsordningen” (“gift enhancement arrangement”).

“My husband was so clever and never stopped working, so it was important for me to make a gift in a way that he would have approved,” Mrs. Braathen said. “Our donation means more funds are dedicated to this fantastic cause, and that the research can continue into the future. We will beat these debilitating diseases together by supporting Norway’s best researchers.”

A gift to her husband’s home country 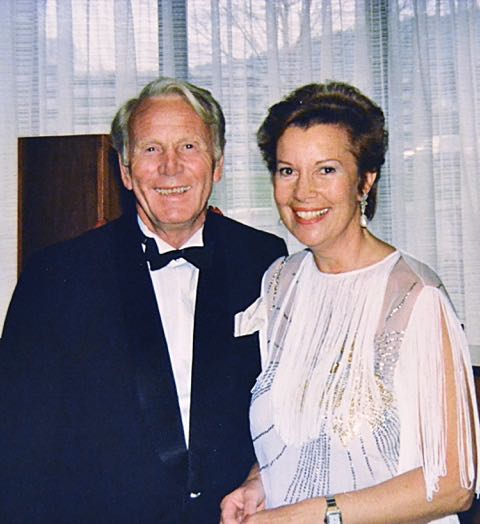 “I have a great love for Norway and I am very pleased at last to be able to contribute directly to the creative genius of its medical researchers and its outstanding research potential,” says Pauline Braathen, shown here with her late husband, Egil Braathen. Photo: Private

Mrs. Braathen recently dedicated the Egil and Pauline Braathen Centre at the Cleveland Clinic in Florida, where she and Egil had a home, and to which she gave more than US $30 million. She said that she felt it was also very important and appropriate to celebrate her late husband’s success in his home country.

“I have a personal and special respect and affection for the University Hospital in Trondheim, because I know that Egil owes the continuance of his life to a team of doctors who, at my request, came from Trondheim to Oslo in 1995 to perform a new surgical procedure when all others could not,” Mrs. Braathen said. The new centre will operate within the framework of the integrated university hospital, and will carry out brain research and cooperate with St. Olavs Hospital.

“I have a great love for Norway and I am very pleased at last to be able to contribute directly to the creative genius of its medical researchers and its outstanding research potential. It is hard to imagine a better purpose than to strengthen an international leading research environment like the Moser’s institute, which has shown such promising results in its research on the mysteries of the brain, manifested by the awarding of the Nobel Prize to May-Britt and Edvard Moser,” Mrs. Braathen said.

One of the largest philanthropic grants in Trøndelag

Robert W. Conn, President and CEO of The Kavli Foundation, said “We want to thank Mrs. Braathen and Egil Braathen’s nephew and nieces for their very generous gifts. Having the new centre named for her, her late husband Egil Braathen and Fred Kavli honours Mrs. Braathen and joins the memory of two remarkable men from Norway. The Kavli Foundation’s new gift adds to its original gift of $7.5 million, given in 2007 to establish the Kavli Institute for Systems Neuroscience. Now, these additional new gifts will further strengthen the scientific efforts to understand the human brain and develop treatments and cures for the major diseases that affect the mind.”

The Centre will operate within the framework of the integrated university hospital, and will carry out brain research and cooperate with St. Olavs Hospital. One of several projects aims to study cellular and neural-network changes in early stage Alzheimer’s disease. This project will be conducted alongside a substantial body of basic research which draws on the strengths of the researchers at the Centre, and which is necessary for understanding the mechanisms and consequences of early-stage Alzheimer-related changes in the brain.

Scientists call the co-operation between nerve cells in the cerebral cortex cortical microcircuits. These microcircuits are the basis for all cognitive functions. The greatest advances in neuroscience are now being made in this area, and this is also where May-Britt and Edvard Moser and their research colleagues have made great contributions.

A basic understanding of how the brain works is needed to develop diagnostics and treatments for Alzheimer’s disease. But alone, it is not enough, which is why the establishment of the Egil & Pauline Braathen and Fred Kavli Centre for Cortical Microcircuits will speed up research in the direction of diagnostics and treatment of Alzheimer’s disease.

The Master’s program in Global Health has started!