Announcing the start of ADVANCE 2: A research project to reduce the harms of domestic violence during pregnancy in Nepal

By: Jennifer Infanti, researcher at Department of Public Health and Nursing

Violence against women is a human rights violation with grave health consequences and crippling effects on women’s abilities to contribute to societal development. Furthermore, violence against women is a global phenomenon, but women in low-income countries suffer a disproportionate burden. Factors such as economic crisis, political instability and civil unrest amplifies the burden. This is the case in Nepal, where the second phase of the ADVANCE project (Addressing Domestic Violence in Pregnancy 2) is based.

The ADVANCE project addresses one of the most common types of violence against women, domestic violence, which poses significant health risks to women and their unborn infants in pregnancy. Antenatal care presents an opportunity for women to access adequate assistance that may prevent pregnancy-related complications caused by violence and that can have long-standing effects on maternal and child health. 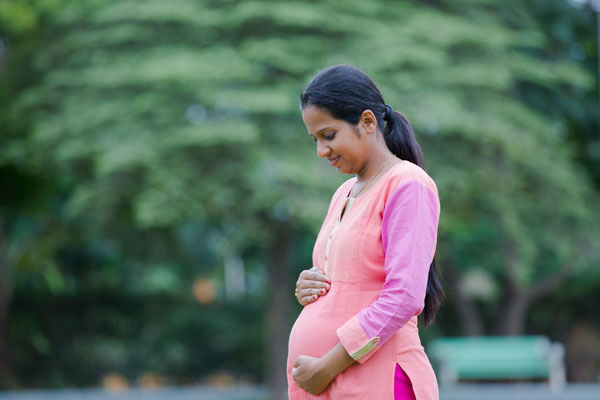 Antenatal care (ANC) presents a ‘window of opportunity’ to reduce the harmful health consequences of domestic violence as most women use ANC services in their lifetimes (Photo: iStock)

However, to date, evidence of the effectiveness of  interventions to address domestic violence in antenatal care contexts is limited and mainly obtained from studies conducted in high-income countries. Considerable knowledge gaps exist to inform antenatal care providers in identifying and assisting pregnant women living with domestic violence in low-income country settings.

The original phase of the ADVANCE project (Addressing Domestic Violence in Antenatal Care Environments) was funded by the Research Council of Norway from 2013-2018 to fill some of these gaps, in Nepal and Sri Lanka. The ADVANCE project team has now been awarded 11 million Norwegian kroner from the FRIPRO research programme of The Research Council of Norway for a second phase of the project (2020-2025) focused on research activities in Nepal. ADVANCE 2 builds on findings from the first ADVANCE studies, now with the aim of ensuring sustainable and evidence-based changes can be made to antenatal care in Nepal.

How can knowledge from high-income countries be contextually adapted to be relevant and useful in other settings? How can effective low-cost interventions be set in place? How will such interventions reach women in the most remote areas where all types of health services are limited? In contexts where few women living with domestic violence are able to leave the relationship, how can health providers assist in mitigating potential harms to women’s health during pregnancy? These are some of the research questions we will answer in the continuation of the ADVANCE project.

With ADVANCE 2, our team is planning to improve the assessment instrument we developed for the prevalence study, and formally validate it. The assessment instrument is an adapted version of the Abuse Assessment Screen (AAS), a widely-used five-item instrument originally developed in the USA to detect violence against pregnant women. We have translated the instrument to Nepali language and developed an electronic method of data capture for it called a Colour-Coded Audio Computer-Assisted Self-Interview (C-ACASI). Women wear headphones connected to a tablet computer, listen to the questions read to them by a recorded voice through the headphones, and respond to the answers by pressing colour-coded options (for example, in our study, red = yes and green = no). This technology allows women to answer sensitive questions about domestic violence in privacy in otherwise busy antenatal care settings. Importantly, it also allows for the inclusion of participants with limited or no literacy. In Nepal, the female literacy rate is approximately 67%.

We have also carried out an extensive qualitative study with 41 men and 76 women in 12 focus group discussions in community settings to explore perceptions of domestic violence in pregnancy. This was published in Global Health Action in 2016. In this work, we learned that other events than those covered in the AAS could be classified as domestic violence in Nepal and have the potential for harmful effects on a woman’s pregnancy. The community members identified culturally-specific forms of DV such as mothers-in-law restricting or denying food to pregnant women; being forced to perform long days of heavy manual labour into late pregnancy; bullying, belittling, threats and psychological stress related to dowries; and psychological stress related to cultural preference, familial pressure and taunting to give birth to a son.

Again, ADVANCE 2 builds on this prior knowledge. In the new study, we will modify the AAS to ensure it captures culturally-relevant examples of domestic violence, particularly types of emotional abuse. Our aim is therefore to create the Nepalese Abuse Assessment Screen (N-AAS), which will then be formally validated in our two partner hospitals (Dhulikhel Hospital and Kathmandu Medical College).

Example of illustrations made by a Nepalese artist to explain possible safety measures to practice during pregnancy.

It is critical not only to identify pregnant women living with domestic violence but also to provide them with assistance. In our prior work, we assessed the impact of a safety-promoting intervention delivered on an antenatal care ward at Kathmandu Medical College, in a cohort study. Pregnant women between 12-28 weeks gestation were recruited to the study at their regular antenatal care appointments at the hospital. They were educated about safety measures by a nurse or researcher using a pictorial flipchart that we developed in a teaching session lasting for a maximum of 30 minutes. The flipchart was based on a standardised safety behaviour checklist, originally created in a high-income country setting. We adapted the checklist to ensure the relevance of the safety behaviours for women in Nepal. The figure above is an example of the safety behaviours.

The findings of our study were promising, as published in the International Journal of Environmental Research and Public Health in 2020. We observed that the range of safety measures used by women increased from baseline to follow-up. However, the main weakness was the follow-up cohort study design as we were unable to compare the use of safety measures with other types of intervention. Therefore, in ADVANCE 2, we plan to test the intervention in a randomised controlled trial compared to standard care in both of our partner hospitals. This will expand the evidence-base on health sector interventions to address domestic violence in low-income country settings. The long-term goal is to integrate safety planning into standard antenatal care in Nepal.

The ADVANCE 2 study is led by Research Fellow Jennifer Infanti and Professor Berit Schei (Principal Investigator) at Department of Public Health and Nursing, NTNU. Our former PhD candidates from the original ADVANCE study, now NTNU graduates, will continue in key roles in the project’s second phase. Poonam Rishal is postdoctoral researcher for ADVANCE 2, based at Kathmandu Medical College and Teaching Hospital (KMC). Kunta Devi Pun is co-local Principal Investigator for ADVANCE 2, based at Dhulikhel Hospital-Kathmandu University School of Medical Sciences (KUSMS). Our other local Principal Investigators in Nepal are Sunil Kumar Joshi (KMC) and Rajendra Koju (DH-KUSMS). In Scandinavia, our partner institutions and/or supervisors for the ADVANCE 2 project include Katarina Swahnberg at Linnaeus University (Sweden), Mirjam Lukasse at University of South-Eastern Norway, and Lena Henriksen at Oslo Metropolitan University. Jacquelyn C. Campbell at Johns Hopkins School of Nursing (USA) is international advisor to the project team.