New insight in the development of immunity to parasitic worms 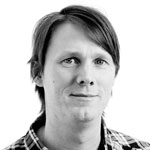 The gastrointestinal tract is a common site for infection by a variety of pathogens. Helminth infections continue to be major causes of disease worldwide, and are a significant burden on health care systems. For example, gut-dwelling parasitic worms currently infect over a billion people, mostly in developing nations. Deworming strategies have been shown to improve physical and intellectual development of infected children, but current therapies do not offer a sustainable solution. 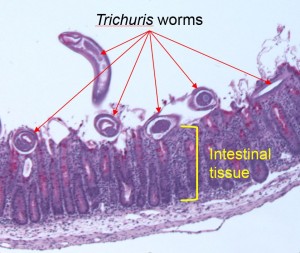 We still have too little insight into how these pathogens are causing disease and how immunity to them is regulated.

Group leader at Centre of Molecular Inflammation research (CEMIR) Menno Oudhoff, together with scientists in Vancouver and Melbourne, have published results from a recent study in PLOS Pathogens. Their study shows that SETD7, an enzyme that modifies the function of other proteins by methylation, plays an important role in the development of intestinal immunity to the helminth parasite Trichuris muris. Specifically, they show that SETD7 affects intestinal epithelial turnover, a key mechanism through which T. muris worms are extruded from the body.

The studies identify pathways that are important for immunity to infection, that were previously believed to be involved primarily during embryonic development.