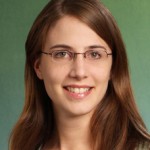 Just as every human being is a unique individual, every cancer has its own characteristics, and this is increasingly being recognised in cancer treatment. Targeted therapies are being developed that attack cancers on the molecular level and treatment strategies are tailor-made for each patient.

But how do we know that a treatment actually works?

Typically, treatment response is measured as a change in tumour size using anatomical MRI or CT images, or tumour markers found in body fluids. However, these changes usually occur quite late in the course of the treatment. This is especially true of new, targeted therapies that do not directly kill cancer cells, but cause more subtle structural changes in the tumour tissue. These new therapies aim for a better treatment effect with less side-effects, but because the changes are so subtle, it also means it could be more difficult to see if a treatment is effective or not.

We therefore need different methods to assess such structural changes in the tumour.

In the MR Cancer group at NTNU, we are testing magnetic resonance imaging (MRI) modalities that can visualise structural changes in the tumour that occur on the cellular level rather than changes in tumour size.

One of these methods is “diffusion MRI”, where the brightness of the image depends on the random movement of the water molecules in the tissue, which is called diffusion. In previous blogs by Siver Moestue and Jose Teruel, we have already described how we can use diffusion MRI to diagnose cancer: usually water diffusion is more restricted in malignant (bad) tumours than in normal tissue or benign (good) tumours. But how can we use diffusion MRI to monitor treatment response?

When tumours respond to treatment, the tumour cells and their surrounding cells change in their function or structure. For example, if a tumour cell dies, its cell membrane becomes porous and more permeable, and water can diffuse more freely.

And we can measure this with diffusion MRI.  Tumours responding to treatment can be distinguished from non-responding tumours by an increase in ADC, which stands for “apparent diffusion coefficient” – the average distance that a water molecule travels within a certain time. This is illustrated in Figure 2 which shows how much further and more freely the water molecules can move among dying cancer cells than within a ‘healthy’ tumour. This method was used in one of our recent studies, where we characterised the effects of a drug targeting a specific pathway in the cells (PI3-Kinase pathway).

Figure 3: The left tumour shows no obvious difference in the anatomical image before or after treatment, while the increase in ADC suggests that the tumour responds to treatment. The right tumour does not show response to treatment (Cebulla et al. Br J Cancer 2014).

Diffusion MRI is already being used for tumour detection. However, monitoring treatment response using these techniques is not yet part of routine. It is difficult to decide how much the ADC has to change in the tumour in order to consider it a real treatment response. Further international standardisation of the method is therefore necessary for the technique to be used routinely.

The MR cancer group at NTNU will continue to explore how we can detect response to cancer treatment at early time points using diffusion MRI and other advanced imaging technologies. The goal of this research is to provide more personalised cancer treatment that is tailored to the individual patient.