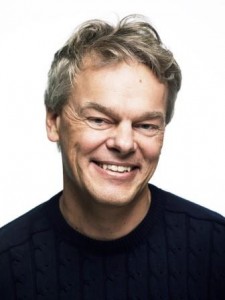 They exchanged views on the proposed European Fund for Strategic Investment (EFSI), and proposed budget cuts for Horizon2020. The laureates were there to defend the ERC budget, hoping to avoid a proposed 221 million Euro cut in basic research funding.

Edvard Moser is optimistic after the meeting.
–My impression is that the Commission understands the importance of basic research and that they will act on our advice and spare the ERC from significant budget cuts, Moser says.

The  President  also endorsed  Commissioner Moedas’  recommendation  to  set  up  a  mechanism  for  high  quality,  timely, independent  scientific  advice.  The  future mechanism  will draw  on  the  wide  range of  scientific  expertise  in  Europe  through  a  close  relationship  with  national academies  and  other  bodies,  coordinated  by  a  High-Level  Group  of  Independent Scientists.

This is a long awaited initiative for scientists and the world of research. See news story in Sciencemag.