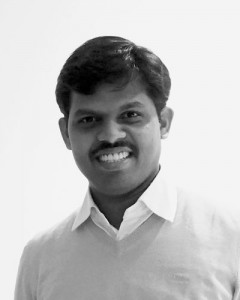 Associate professor Richard Kumaran Kandasamy at the Centre of Molecular Inflammation Research (CEMIR) has been appointed as a Young Associate Investigator by the Centre for Molecular Medicine Norway (NCMM).

Centre for Molecular Medicine Norway (NCMM) is an international biomedical research centre, with the overall objective of translating basic medical research into clinical practice. NCMM is a part of UiO’s interdiciplinary focus on life sciences.

Following an open call for talented researchers who were interested in collaborating with NCMM, the successful candidates have been appointed after careful evaluation by a Selection Committee. The final candidates were chosen on the basis of their scientific excellence, translational merit and/or the ability to build networks that bridge from basic science to clinical medicine, compatibility with the NCMM mission and added value they could bring to NCMM.

Nominations are made for three years and will be renewable.