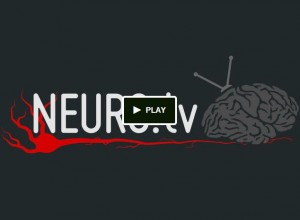 The talk show features leading scientists and philosophers sharing their ideas and discoveries with the general public. The basic belief is that the fascinating discussions and debates about the brain and the mind, those that scientists and philosophers engage in, should be available online, free to download for everyone. The initiative is supported by The Kavli Institute for Systems Neuroscience/Centre for Neural Computation at Norwegian University of Science and Technology (NTNU), and one of the episodes feature May-Britt and Edvard Mosers research on grid cells and spatial navigation. NEURO.tv is a registered non-profit organization dedicated to public education. It is presided by Dr. Jean-François Gariépy, researcher at Duke University.

Five episodes in season 1 have been released so far.

In this episode, our guests May-Britt Moser and Edvard Moser  discuss grid cells, some of the most fascinating neurons in the animal brain. These cells are active when the animal is present in different spots of the space and seem to be involved in the representation of a map of the environment that allows animals to navigate the space.

Inactive men needed for a research project at NTNU