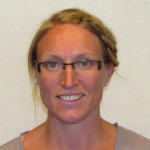 Our bodies constantly renew their cells. In healthy individuals this is tightly regulated so that old cells are removed at the same time as new ones are produced. Cancer arises when this regulation gets out of control due to, for example, mutations in the DNA. A tumour consisting of large numbers of cancer cells is formed. 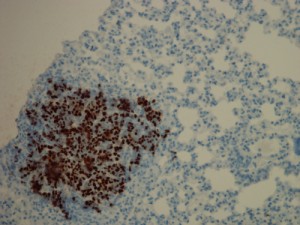 In the environment around the cancer cells there are also many other types of cells that affect how the tumour develops. These cells are called stromal cells and include fibroblasts (connective tissue cells), macrophages (inflammation cells) and endothelium cells (blood vessel cells). Cancer cells can programme the stromal cells to their advantage so that the cancer cells get even better growing conditions.

In addition to cancer cells and stromal cells, there are also many other molecular components in the tumour’s microenvironment. Examples of such proteins include growth factors that stimulate cell division and cytokines that regulate inflammation reactions. In addition there are also large scaffold proteins outside the cells ensuring structure and support to all cells. Without such framework proteins the body would just be a random heap of different types of cells. This type of scaffold is called an extracellular matrix.

Much speaks for the makeup of the tumour microenvironment playing a decisive role in how tumours develop and whether they spread. And perhaps this information could say something about how the tumour will respond to treatment. We now work on characterising tumours’ microenvironment and the goal is to understand how the composition of the microenvironment affects cancer development.

Cyclodextrin, a sugar with promising potential for treatment...