How to outsmart a prostate cancer cell 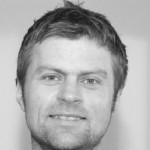 Cancer cells are notoriously difficult to deal with – partly because they have the ability to dodge the bullets we aim at them. They are inherently resistant to a lot of hostile conditions and therapies, but they can also activate compensatory mechanisms that rescue them when they are exposed to anticancer drugs. We have therefore tried to find a way to responsibly kill cancer cells (killing cancer cells without harming the normal cells in the body, that is) by identifying the crucial compensation mechanisms, and then applying a second drug that strikes the cancer cells where it hurts the most.

Essentially all the work that is performed inside our cells is carried out by proteins. Not all proteins work at the same time – most of them are responsive to cues from their surroundings that tell them when to work and when to take a break. One such cue is OGlcNacylation. Sounds difficult, but basically the cells put tiny “flags” consisting of amino sugars on proteins, thereby giving them new work orders (Figure 1).

Figure 1 Proteins can be activated, deactivated or otherwise change function when they are labelled with the amino sugar N-acetylglucosamine on specific amino acid residues. This process is called O-GlcNacylation, and may play an important role in cancer.

In cancer, it has been seen that an enzyme responsible for putting these amino sugar flags on proteins (OGT) is frequently over-activated. In a collaboration with Prof. Ian Mills (Norwegian Centre for Molecular Medicine) and Suzanne Walker (Harvard Medical School), we wanted to find out if a novel drug targeting OGT could be used to kill prostate cancer cells. To cut a long story short, they could – but only to a certain extent. The cells found a way to survive and continue to divide, just a little slower than before. To understand how the cancer cells escaped death, we took a deep dive into their metabolism using magnetic resonance spectroscopy.

Interestingly, we found that OGT inhibition made the cells reprogram metabolism. They stopped consuming glucose, instead turning to the common amino acid alanine as a new source of energy. Since OGlcNacylation is a process that normally allows cells to respond to starvation or altered supply of nutrients, this sort of makes sense. It also raised the question “What if we block the metabolism of the cells so they cannot use alanine anymore?”. Luckily, the well-known drug cycloserine (used to treat tuberculosis), does just that – by blocking the alanine-converting enzyme GPT2.

What did we learn from all this? First, we demonstrated an important principle: Cancer cells may display metabolic ”soft spots” leaving them in a vulnerable position once they are under attack from anticancer drugs. Finding these – and attacking them with a second drug – could be a way of improving cancer therapy in the future. Second, we proved that it is possible to learn an old dog new tricks: cycloserine was developed to make it hard for tuberculosis bacteria to make their cell wall. However, as a side effect it also blocks the ability of mammalian cells to use alanine as an energy source. This does not seem to be a problem for normal cells, because they don´t depend on this mechanism at all. But under given conditions (such as when they are under attack from drugs blocking OGT), prostate cancer cells are addicted to it – and we can take advantage of that when we try to kill them.

The project was carried out with financial support from the Norwegian Cancer Society and the Research Council of Norway.

What does the metabolite say? Can we predict...