This story started as a puzzle. Notwithstanding their age, high BMI and a certain lifestyle, two elderly men who were included in a research project in Sweden and Finland did not have diabetes. It turned out that they were carriers of a mutation in a gene that was known to raise the risk of getting diabetes. The gene codes for a zink transporter called ZnT8 that has its effect in the pancreas, where insulin is made. With one copy of the gene destroyed, these men seemed to be protected from getting diabetes. This was so intriguing that more participants were included into the study. Indeed, more people were detected who did not have diabetes despite high age and often being obese.

To obtain more certainty of the association found, the research team now wanted to include a really large group of individuals and study this gene. With only one out of 2000 persons carrying this mutation, they need to include many cohorts, and HUNT was among these. In total, 150.000 participants from 14 cohorts contributed with their genetic material, among them HUNT. The pooled results were published in Nature Genetics in March, 2nd, 2014. They show that having the gene mutation reduces the risks for getting diabetes with about two-thirds. People with this mutation seem to produce more insulin and have lower blood sugar levels throughout their lives, and this protects them to a large extent against diabetes. The next step is to try and develop new drugs against diabetes that may act in a similar manner as this gene mutation.

This is an example of what The Nord-Trøndelag Health Study can contribute to when we share our data with other researchers both home and abroad. 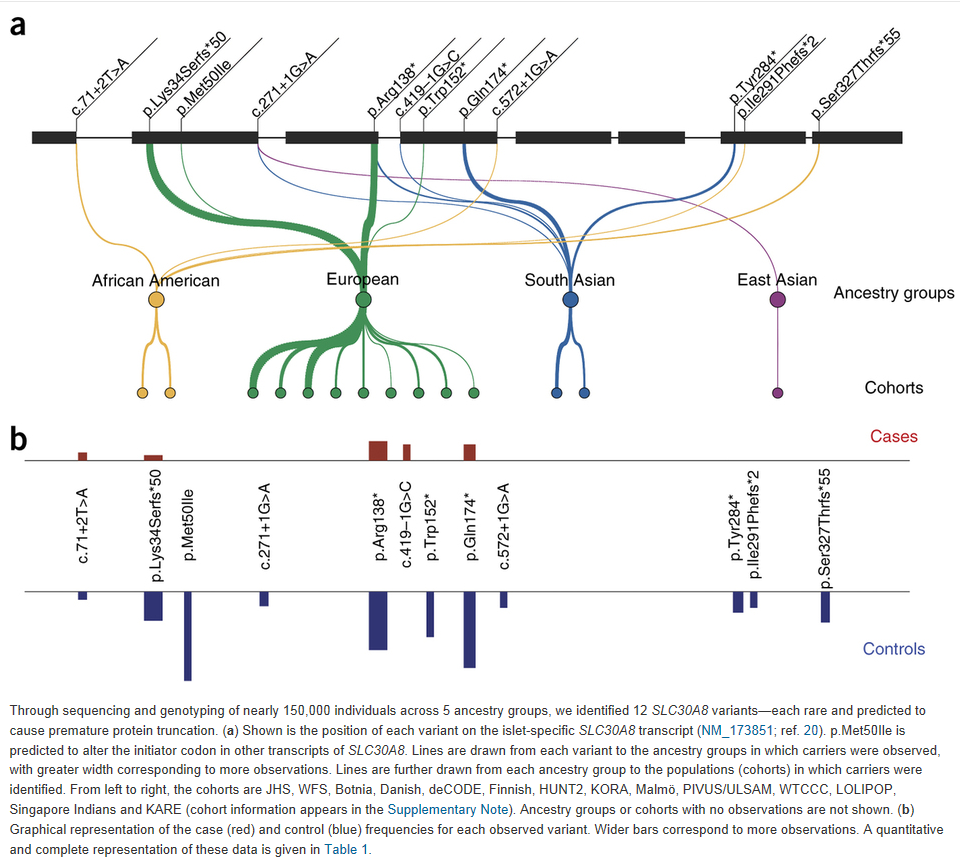 Picture: overview of genetic findings from the contributing cohorts. HUNT er visible as the middle green dot. Reproduced with permission from Nature Genetics.

On EU: Forget the framework – look to the horizon!