In the world today, there are five billion people who don’t have the access to timely, safe, and affordable surgery. Most of these people lives where there is a shortage of health personnel in general. To give a picture of the shortage of surgical personnel; in the poorest but also the most populated part of the world like East Africa you can find only 0,53 surgeons per 100.000 population. 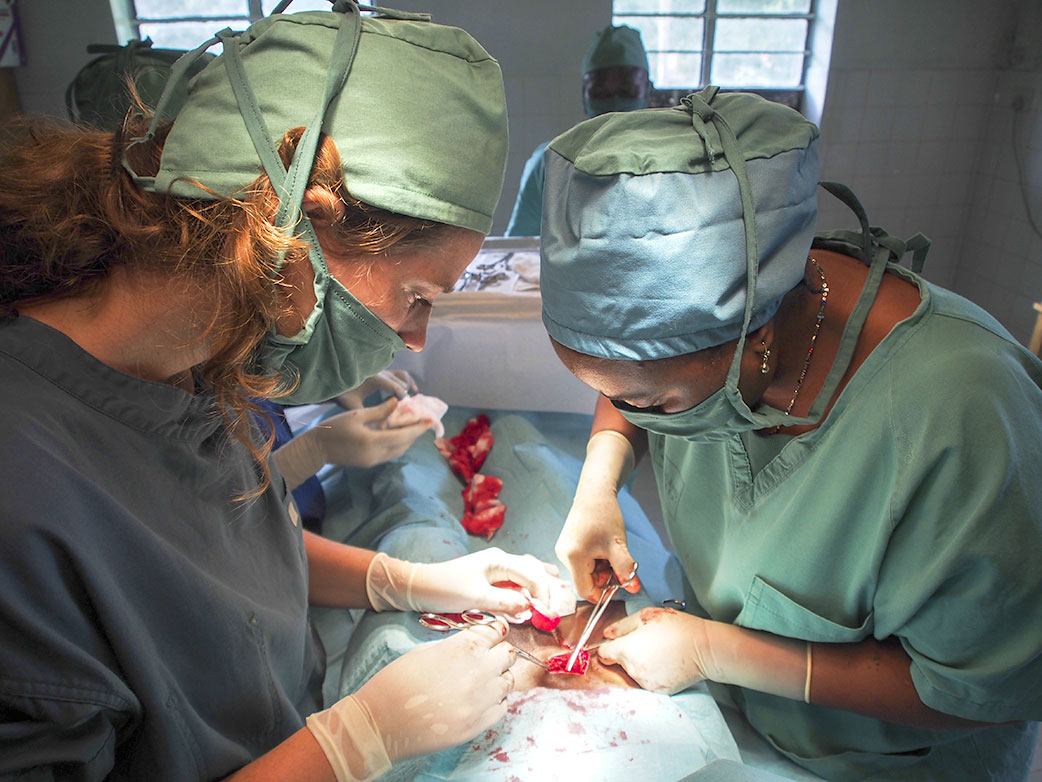 A surgeon from CapaCare is teaching a local medical assistant from Sierra Leon to perform essential surgery. (Photo: Magnus Endal)

The chance of dying of surgical conditions like trauma, neurosurgical and maternal condition in these countries is quite high. The Surgical conditions estimated to be around 30% of the Global burden of disease and this is more than Malaria, Tuberculosis and HIV/Aids combined.

Among the list of global causes of death, where Ischaemic heart disease, cancer and road injury are on the list, where the treatment is often surgical intervention if not prevented. These conditions is increasing in low and middle income countries.

There has been a lot of myths about surgical care. It has often been seen something costly and luxurious to have. This myth must be crushed. Because surgery doesn’t need to be costly to provide.

The Lancet commission released a series of articles where thy showed how costly it is to not have invested in surgical care in a health system. They addressed that a country will have a loss of $21 trillion in global productivity between 2015 and 2030 without an urgent investment in surgery.  Investing in surgery is doesn’t only have a human ethic dimension, but also an economical.

The question now is how is the global action going to be? What is the best way to increase the capacity of surgical care in low and middle-income countries? What can high income countries do to support so we will have a equal access to health access?

Today, May 25th , we mark Global Surgery Day. Global Surgery Day is initiated to give the awareness of that 5 billion people in the world have a lack of timely, safe and affordable surgical care and convey the fundamental role of surgery in the Universal Health Coverage.

At NTNU’s Medicine and Health Library in Trondheim there will be a small exhibition today, presenting relevant literature.