In 2015, approximately 47 million people worldwide were living with dementia. As populations across the globe age, this number is predicted to almost triple by 2050 [1]. Dementia is one of the most burdensome conditions among older people worldwide, and has a large impact both on the societal and individual level. The World Alzheimer Report on the global impact of dementia states that the total estimated global cost of dementia in 2015 was an astonishing US$818 billion, where almost 85% of the costs were related to family and social care [1]. Thus, new knowledge about prevention and treatment of dementia is of great value.

In July, the Lancet Commission on Dementia Prevention and Care published an article presenting an extensive review of risk and protective factors for dementia. Theoretically, approximately one third of dementia cases can be avoided by eliminating a number of risk factors, according to the authors. Based on the literature review, a striking 9.1% of dementia cases are attributable to hearing loss in midlife, whereas 7.5% can be attributed to low education. Other important risk factors are smoking, depression, physical inactivity, social isolation, hypertension, diabetes, and obesity [2].

Prevention is better than cure

So, I can just start exercising, stop smoking, and live a healthier life, right? The authors recommend that efforts must be made on both the individual and the societal level to reduce the prevalence of these risk factors. “Prevention is better than cure”, and while reducing or even eliminating the mentioned risk factors may not get rid of a whole third of dementia cases, it may delay the onset of many cases by several years [2]. Researchers have estimated that the prevalence of dementia could be halved if we could delay its onset by 5 years [3]! 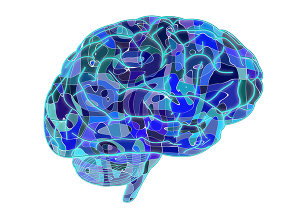 Hearing loss, smoking, depression, social isolation and obisity are some of the risk factors for dementia [2]

The future definitely seems brighter, but there is still some ambiguity surrounding the causal relationships between the suggested risk factors and dementia. For instance, while some studies show that depression is a risk factor for dementia [4], researchers have also found that depression is something that often accompanies dementia [5]. Well-designed randomized controlled studies and large, longitudinal population studies are necessary in order to improve our knowledge on the associations between lifestyle and dementia, enabling us to implement this knowledge into prevention and treatment.

The Health Study in Nord-Trøndelag (HUNT), one of the world’s largest and most successful population studies, started collecting data from the population in Nord-Trøndelag County in Norway in 1984. HUNT provides unique data on health and lifestyle factors, as well as on the prevalence of mental and somatic diseases. The fourth wave of the study (HUNT4) starts this fall. In the sub-study HUNT4 70+, researchers will gather valuable information on cognitive function, dementia, physical activity and function, nutrition, and oral health, in addition to the standard surveys included in HUNT4, from inhabitants aged 70 and up. Of approximately 20 000 inhabitants in this age group, 18 700 have previously participated in at least one of the three earlier waves of HUNT. Geir Selbæk, one of the authors of the aforementioned Lancet Commission article and research director at the Norwegian National Advisory Unit on Ageing and Health, is responsible for the part of HUNT4 70+ regarding cognitive function and dementia. The results from the HUNT and HUNT4 70+ studies will provide a substantial database for studying risk factors for dementia, hopefully helping us further disentangle and understand the complex relationship between lifestyle, cognitive function, and dementia.