Time spent in bed, in a sitting position and on physical activity early after stroke 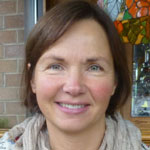 Early on a Friday morning in the middle of November, PhD student Anne Hokstad and I, headed towards Trondheim airport, Værnes, to catch the early flight to Copenhagen. We did not spend much time in bed that night as the airport taxi came at 4.20 am. However, there should be good opportunities for sleeping over the next 24 hours, although it had to be in a sitting position, either at Kastrup airport, or during the 13-hour flight to Singapore.

Sleeping in a sitting position on economy class is not easy, and we arrived for a stop-over in Singapore early Saturday morning after only two hours of interrupted sleep. It was tempting to take a short morning nap, but we decided to spend the day on walking along the streets of Singapore, and keep going throughout the day instead. After a good night sleep, in bed, we were ready for some more physical activity the next morning until the departure of our flight to Melbourne, Australia. Again we spent Sunday night in a sitting position on a plane with a few hours of interrupted sleep, again we arrived early in the morning, and again we spent the next day being active, settling in in Melbourne.

The purpose of this exhausting flight was to visit Associate Professor Julie Bernhardt and her colleagues at the Stroke Division at Florey Institutes of Neuroscience and Mental Health in Melbourne, Australia, and to continue our research collaboration on physical activity early after stroke.

So, why all this interest in time spent in bed, in sitting position and on physical activity? It is well known within the stroke society that acute treatment in a comprehensive stroke unit saves lives and reduces disability. Furthermore, from the stroke unit trial in Trondheim we know that early mobilisation and activity is the most significant factor for beneficial outcome, followed by stabilising diastolic blood pressure. It is therefore of great interest and importance to have a closer look at the activity levels offered to stroke patients admitted to stroke units across the world, and furthermore to analyse its association to outcome.

Physical activity can be measured in different ways, both by observation and by use of body worn sensor systems. Julie Bernhardt has developed the Behavioural Mapping method which is a standard method of observation every 10-minute from 8 am to 5 pm over the course of a single day. At each observation, the patient’s location, who the patient interacts with, and which activity the patient is doing, is registered. Up to 10 patients can be observed at a time. At the Department of Neuroscience at NTNU, we have observed more than 500 patients, including a pilot study of 117 patients from the stroke unit at St. Olavs Hospital and a multisite study of 411 stroke patients admitted to 11 Norwegian stroke units, mainly in Central Norway but also in Bærum, Lillehammer and Tromsø. All behavioural mapping forms completed in these studies have been scanned and sent to Florey for processing and the initial analyses.

The primary aim of our visit this time was to help cleaning up the data and to bring a complete and tidy overview over the activity levels of the patients back home again. In the pilot study we found that an increased proportion of time spent in bed in the early phase after stroke was strongly associated with an increased risk of poor outcome (death or disability) three months later. While, to our surprise time spent on physical activity, like standing, walking and climbing the stairs, did not show the inverse association.

We are now very interested in the results from the 411 patients included in the Life Early After STroke – the LEAST study. Will the results from the pilot study be confirmed? And, will the activity levels provided by the 11 Norwegian hospitals differ significantly? That is what PhD student Anne Hokstad is going to figure out over the next 18 months.

We did not spend very much time in bed during our Melbourne trip. However, a great proportion of the time was spent in a sitting position, either at work at Florey, on the train to Heidelberg, on the plane to Alice springs, or on the 17-hour bus tour from Alice Springs to visit Ayers Rock (or Uluru as the Aboriginals call it) during the weekend in-between.

As we both are aware of the risk of spending too much time in sitting position, we tried to spend a significant proportion of the time also on physical activity like running on the treadmill at the hotel, walking along the Yarra River and also by walking along the streets of Melbourne.