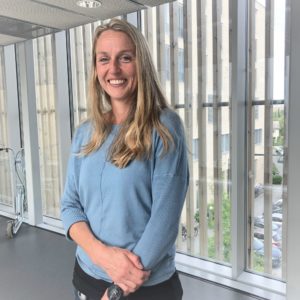 In her work researcher Atrid Skjesol is revealing more details on how bacteria are causing inflammation.

By Astrid Skjesol, researcher at Centre of Molecular Inflammation Research, Department of Clinical and Molecular Medicine.

In our recent research paper, published in PLOS Pathogens March 18, 2019 (https://doi.org/10.1371/journal.ppat.1007684) we have used extensive methods to reveal new details on how bacteria are causing inflammation.

Bacteria like E. coli are all around us. You can find E. coli everywhere in your environment, including on your skin and in your intestines. Most E. coli are harmless but some can make you very sick with uncontrolled inflammation that can cause a life threatening condition called sepsis. Sepsis can result from an infection anywhere in the body and is the most common cause of mortality in hospitals. It kills and disables millions and requires early suspicion and treatment for survival.

Despite current treatment strategies and advances in supportive care of critically ill patients, the mortality rate has barely decreased during the past decades. Therefore, there is a need for identifying new treatment strategies for preventing serious inflammatory reactions toward E. coli bacteria and for treating sepsis patients.  Based on our research a new target protein is identified, which is involved in cellular uptake and inflammatory reactions towards E. coli bacteria.  In our recent research we have used extensive methods to reveal new details on how bacteria are causing inflammation.

A central aim for our research is to develop technology to dampen unnecessary inflammation during blood stream E. coli infections to prevent septic shock. We do so by investigating how specialized immune cells like macrophages recognize and “eat” bacteria.

A cellular receptor on macrophages recognizes a specific pattern on the surface of E. coli. This receptor, called TLR4, works to turn on alarm signals, which are secreted to surrounding cells to help clear the ongoing infection.

From good to bad

TLR4 can also help cells to engulf bacteria and produce an alarm molecule (IFN-β). Normally, this alarm molecule can dampen inflammatory signaling, but overproduction of it  may mediate unwanted toxicity and induce pathological damage. So how to prevent an overproduction? (

The signaling pathway leading to secretion of the alarm molecule is dependent on the TLR4 adaptor molecule TRAM. We have discovered a novel binding-partner for TRAM, a protein called FIP2.
Removal of FIP2 or TRAM from human immune cells disables the cells from eating bacteria and producing too much alarm molecules (IFN-β)

Based on this research we aim to find new treatment strategies for preventing serious inflammatory reactions toward E. coli bacteria. 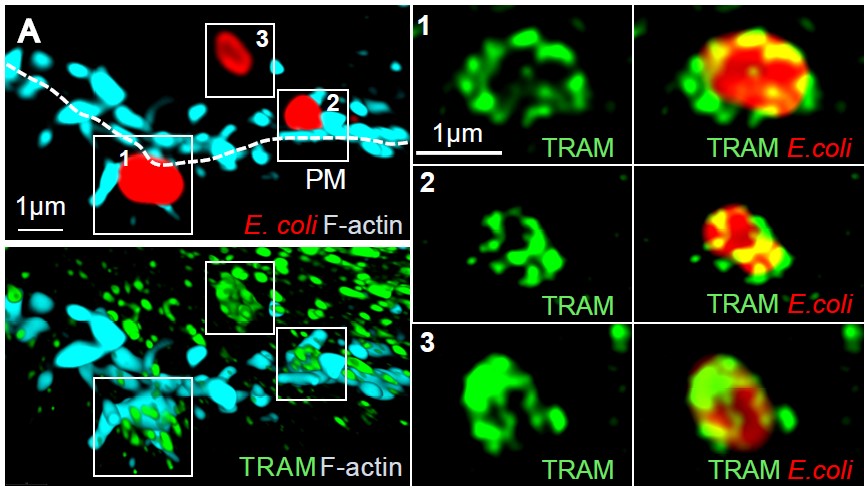 How can we improve cardiac diagnostics at the GP’s office?