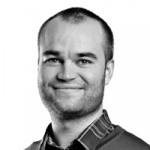 Cholesterol crystals (CC) induce inflammation that is critical in the initiation and progression of atherosclerosis. Researchers at the Center of Molecular Inflammation Research (CEMIR) recently published new data on how high density lipoprotein attenuates inflammatory responses initiated by CC. These data could be of significant interest for management of atherosclerosis.

Once believed as a disease of cholesterol storage, atherosclerosis is now acknowledged as an inflammatory disease that is shaped by cells and signalling molecules from the innate and the adaptive immune systems in various ways. We and others have shown that cholesterol which accumulates in atherosclerotic lesions in the form of cholesterol esters in foam cells or as crystalline cholesterol, can initiate the development and progression of atherosclerosis. The chronic inflammation initiated by CC is a result of the inability of cells to degrade these crystals. Researchers at CEMIR have previously published that there is a link between the complement system and NLRP3 inflammasome activation by CC. The complement system is a part of the innate immune system that controls several aspects of CC-induced inflammation such as phagocytosis and release of pro-inflammatory cytokines.

Removal of abundant cholesterol depends on the actions of high density lipoprotein (HDL), and the beneficial effects of HDL in atherogenesis are multiple (e.g., reducing cellular cholesterol, protecting endothelial integrity, anti-oxidant). In our recent publication in the Journal of Immunology, we used reconstituted high density lipoprotein (rHDL) to modulate the inflammatory responses to CC. We found that CC lose their immunostimulatory potential once exposed to rHDL. Exploring the anti-inflammatory mechanisms of rHDL on CC-induced inflammation, we found that rHDL bound strongly to CC, and that this interaction resulted in reduced deposition of activated complement products on CC and a drop in complement activation. As a consequence of complement inhibition, the pro-inflammatory cytokine release in whole blood was significantly reduced.

CC are perceived as endogenous danger molecules that trigger inflammatory reactions in immune cells. This study demonstrates a new anti-inflammatory mechanism whereby rHDL inhibits complement activation by CC. These data may be of significance in controlling the progression of atherosclerosis.

Read about the study in Norwegian on Gemini.no