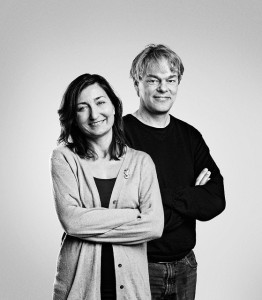 Edvard and May-Britt Moser, co-directors of the Kavli Institute for Systems Neuroscience at the Norwegian University of Science and Technology, have been selected for the €750 00 award from the Hamburg, Germany based Körber Foundation.  Their selection is yet another recognition of their seminal finding of specialized neurons called grid cells, which are critical in helping all mammals, including humans, find their way.

The Körber prize honors outstanding and excellent scientists working in Europe. The prize is awarded to research projects that show great potential for possible application and international impact.

The Mosers say they are both happy and humbled by their selection.

“We are overjoyed that our findings are receiving this much attention as a result of the awards we have received,” May-Britt Moser says. “But we really want to use the opportunity to emphasize the team work that makes our findings possible. Science is teamwork, with faculty, students and technicians who all participate in producing the final outcome. We accept this award on behalf of the great team at the Kavli Institute.”

Innovative research
The Körber Foundation said in a press release that it had selected the Mosers because of their work with “particularly innovative projects.”

“In the course of numerous experiments conducted with rats and mice, the Norwegian brain research couple detected previously unknown brain cells which – like a natural navigation system – enable the rodents to have precise spatial orientation. This means that genuine mental performance can be demonstrated for the first time directly at a cellular level in the brain,” the Körber Foundation wrote.

The Mosers intend to use the Körber prize money, about NOK 6.1 million, to determine how grid cells are formed, how they interact with the environment, and how they are modified by experience during development of the nervous system.

“We are really grateful for the opportunity to invest in a new two-photon microscope,” Edvard Moser says. “It will allow us to visualize the simultaneous activity of large populations of grid cells, and thereby help us understand how groups of grid cells cells interact.”

The Körber prize is the latest of numerous awards that the Mosers have received. Most recently, in late April they were elected as Foreign Associates to the US National Academy of Sciences, an honour for which only a handful of Norwegians have been selected.

The Körber European Science Prize 2014 will be presented to May-Britt and Edvard Moser in the Hamburg City Hall on 5 September.

Time spent in bed, in a sitting position...