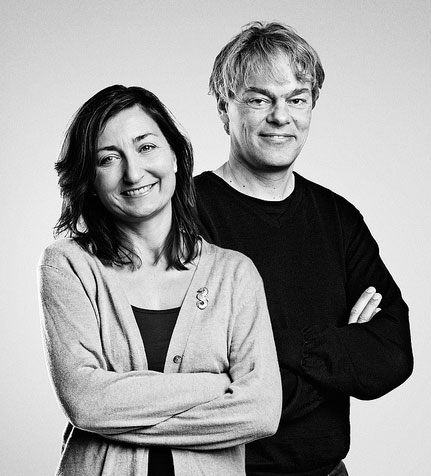 May-Britt and Edvard Moser from the Norwegian University of Science and Technology (NTNU) in Trondheim were elected members of the American Philosophical Society at the society’s semiannual meeting in Philadelphia this weekend.

The APS is the oldest “learned society” in the United States, founded by Benjamin Franklin in 1743. The Society promotes useful knowledge in the sciences and humanities through excellence in scholarly research, professional meetings, publications, library resources, and community outreach.

Membership in the APS is entirely honorary and reflects extraordinary accomplishments in all fields of intellectual endeavor. Members are nominated and elected by their peers in the Society.

The Mosers, both neuroscientists, were recipients of the 2014 Nobel Prize in Physiology or Medicine. They have previously been honored by the APS with the 2014 Karl Spencer Lashley Award, “in recognition of their discovery of grid cells in the entorhinal cortex, and their pioneering physiological studies of the hippocampus, which have transformed ounderstanding of the neural computations underlying spatial memory.” Professor Edvard Moser leads the Kavli Institute for Systems Neuroscience and May-Britt Moser is Director of the Centre for Neural Computation.

Nobel Laureate and NTNU alumnus Lars Onsager was elected a member of the Mathematical and Physical Sciences class in 1959.

A full list of newly elected and former members can be found at http://www.amphilsoc.org/