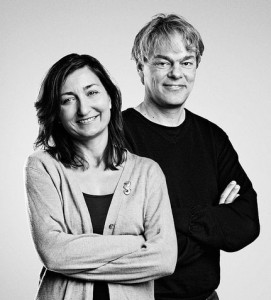 Together with John O´Keefe, professors May-Britt and Edvard Moser have been awarded the Nobel Prize for 2014 in Physiology or Medicine for their discoveries of cells that constitute a positioning system in the brain.

Press release from the Nobel Assembly at Karloninska Institutet

May-Britt Moser talks about winning the Nobel Prize in Physiology or Medicine: