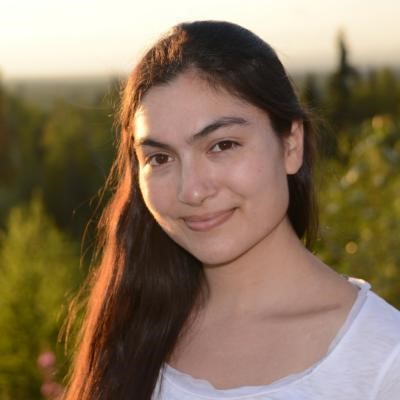 Humans are in constant interaction with our environments. New research is shedding light on how our environment shapes our health starting early in life and the developmental origins of health and disease (known as DOHaD).

One area of global concern is the risks on children’s development posed by environmental toxins, such as heavy metals, air pollution, pesticides, and other pollutants.

Humans are in constant interaction with our environments.

Kalsoy, one of the 18 Faroe Islands. Photo by Kam Sripada.

Several researchers from NTNU and Norway attended the 2018 International Conference on Fetal Programming and Developmental Toxicity (PPTOX) in Tórshavn, Faroe Islands. The meeting was hosted by Drs. Pál Weihe and Philippe Grandjean, who launched birth cohort studies in the Faroes starting over thirty years ago, to track the health effects of early exposure to toxins.

Faroese people have traditionally eaten a diet rich in seafood, including the meat and blubber of pilot whale (Norwegian: grindhval), which is high on the food chain and a source of the pollutant methylmercury. 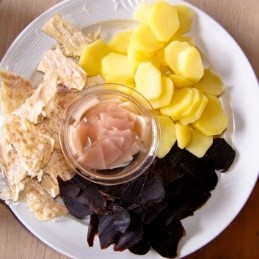 At the time of the first study, Faroese mothers often ate pilot whale meat during pregnancy, which would pass through to the developing fetus. Since then, this research has followed thousands of mother-child pairs and found that higher prenatal exposure to methylmercury is associated with worse scores on specific motor, attention, and verbal tests at ages 7 and 14, as well as negative effects on children’s blood pressure and immune health. The conclusions of these studies ultimately led in 2012 to the recommendation that pilot whale no longer be consumed by humans.

For the Faroese, pilot whale has not only been a source of food for centuries, but also an important part of their heritage and culture. The public health campaign in the Faroes to limit pilot whale consumption has therefore not always been easy. Yet Drs. Weihe and Grandjean and their team have already found significantly lower levels of methylmercury and other toxins in children born in the 2000s compared to those born in the 1980s. 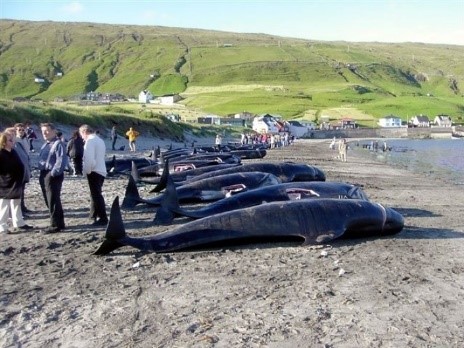 The pilot whale is an important part of Faroese heritage and culture. Photo: Arne List

This group of islands — with a population one quarter that of Trondheim — has had an enormous influence on the field of environmental health. We now better understand the vulnerable window in pregnancy during which environmental toxins can throw development off course, and that some of these effects can be permanent. The Faroes are also a positive example of how science can be translated into public awareness to improve the health of future generations.

The 2016 documentary The Islands and the Whales, by Mike Day, features interviews with Dr. Pál Weihe and participants in the Faroese birth cohort studies.

The Islands and the Whales trailer from Intrepid Cinema on Vimeo.

Are you interested in the topic Health consequences of climate and environmental change? This will be one of the main topics at Global Health Day 2018, organised by NTNU’s Faculty of Medicine and Health Sciences.