The American Philosophical Society has announced that the recipients of the 2014 Karl Spencer Lashley Award are Edvard and May-Britt Moser “in recognition of their discovery of grid cells in entorhinal cortex, and their pioneering physiological studies of hippocampus, which have transformed understanding of the neural computations underlying spatial memory.” The award will be presented to the Mosers on November 9, 2014, at the Society’s annual Autumn General Meeting.

The American Philosophical Society  state in a press release that “Edvard and May-Britt Moser have carried out pioneering studies of the neural circuitry in the hippocampus and entorhinal cortex, structures of the brain long known to be involved in memory.” The decision recognizes Edvard and May-Britt Moser for their discovery of grid cells, a new component of the brain’s internal map of space. Grid cells provide a metric to the spatial map of the brain and influence memory formation in the hippocampus.  According to the Society, the work has transformed our understanding of how neural networks  operate to support spatial processing and memory. 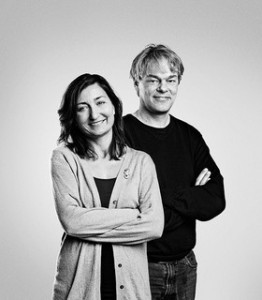 Professor May-Britt Moser is the Director of the Centre for Neural Computation at the Norwegian University of Science and Technology. Professor Edvard Moser leads the Kavli Institute for Systems Neuroscience at the same institution.

The Karl Spencer Lashley Award was established in 1957 by a gift from Dr. Lashley, a member of the Society and a distinguished neuroscientist and neuropsychologist.  His entire scientific life was spent in the study of behavior and its neural basis.  Dr. Lashley’s famous experiments on the brain mechanisms of learning, memory and intelligence helped inaugurate the modern era of integrative neuroscience, and the Lashley Award recognizes innovative work that continues exploration in the field.

The American Philosophical Society, the oldest learned society in the United States, was founded in 1743 by Benjamin Franklin for the purpose of “promoting useful knowledge.”  In the 21st century the Society sustains this mission in three principal ways.  It honors and engages distinguished scientists, humanists, social scientists, and leaders in civic and cultural affairs through elected membership and opportunities for interdisciplinary, intellectual fellowship, particularly in the semi-annual Meetings in Philadelphia.  It supports research and discovery through grants and fellowships, lectures, publications, prizes, exhibitions, and public education.  It serves scholars through a research library of manuscripts and other collections internationally recognized for their enduring historic value.  The

American Philosophical Society’s current activities reflect the founder’s spirit of inquiry, provide a forum for the free exchange of ideas, and convey the conviction of its members that intellectual inquiry and critical thought are inherently in the public interest.

Emre Yaksi was chosen for FENS-Kavli Network of...