In connection with the International Women’s Day last Saturday, PhD candidate Signe Åsberg has taken a look at women in science – how far we’ve come over the last century, but also how far we have left to go.

In the 1920’s Barbara McClintock and Harriet Creighton proved that genes for physical traits are carried on chromosomes. By collecting data from fields of carefully bread maize, they had for the first time physical proof that exchanging chromosomal parts are involved in causing variation between organisms. During the 1940’s McClintock continued her ground-breaking work in genetics and in 1951 at a Cold Spring Harbor Symposium summarized her discovery of the transposons, genetic elements that «jump around» on the chromosomes. 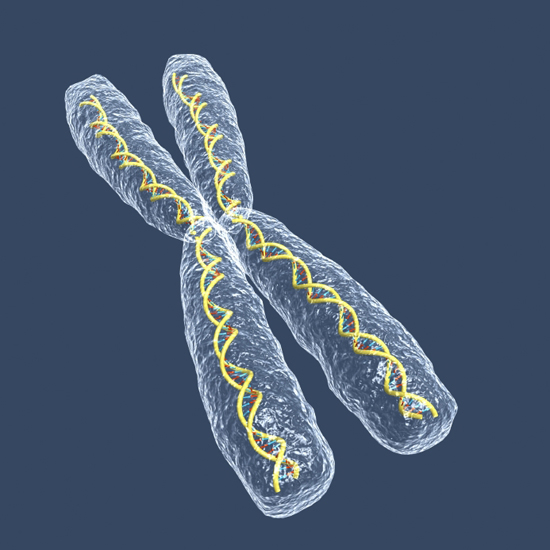 Barbara McClintock studied genetics, but was hampered by her own chromosomes – being female.

The importance of McClintock’s work was however not recognized until the late 1960’s when transposable elements were discovered in bacteria. By that time she had already been fighting for her scientific career for 30 years.

Despite of her scientific reputation, honorary degrees and being the recipient of numerous prestigious fellowships, McClintock faced decades of discrimination. She was denied faculty positions at Cornell University and University of Missouri due to discrimination against women scientists. While being expected to recommend male colleagues to universities like Yale and Harvard, she could not find a research related position herself.

The hostility she experienced as a female scientist was further increased by the disrespect members of the upcoming field of molecular biology showed towards biochemists, bacterial experts and geneticists. She was even described as «just an old bag who’d been hanging around Cold Spring Harbor for years» by a leading molecular biologist. A story by James Watson stand as an awkward symbol of this disrespect: The molecular biologists softball games that took place next to McClintock’s maize fields «all too often» ended in the fields – thereby risking harm to the plants and years of work.

Despite these exceptionally difficult circumstances (by today’s standard) McClintock never left science. When she tried to do so, her network of family and friends worked hard to find her research positions and support her. Eventually at the age of 81 she won the Nobel Prize for Physiology and Medicine for her work in genetics. Her work was described as «one of two great discoveries of our time in genetics» by the Nobel Committee.

The Nobel Prize and the publicity that followed became a burden for McClintock, but as Sharon B. McGrayne thoughtfully remarks in her book Nobel Prize Women in Science: «Despite the Nobel, McClintock continued her research». She continued her «encyclopaedic» reading and to her death in 1992 remained passionate about all aspects of biology.

Even among the many amazing women in science Barbara McClintock stands out to me as exceptional. Her stamina, her fierceness and love for science and biology is inspirational. Her persistence despite the lack of recognition and difficulty in publishing can be a source of motivation for any PhD student or Post Doc – or even a master’s student.

But, and this is an important but: McClintock dedicated every aspect of herself to her work. She worked twelve-hour days and only scaled down to eight- or nine-hour days in her nineties. Although she maintained selected hobbies there can be no question that science came first in her life. She was an amazing scientist – no doubt – but she is not necessarily a good role model for women in science today.

Women in science are no longer a small group of heroines that work twelve-hour days well beyond retirement. But this does not mean you are any less dedicated – or talented – at your work. Women in science are as diverse as humans anywhere and the loss of women between PhD to PI level (often called the «leaky pipeline») means that academia is missing out on a substantial portion of talented scientists.

As a scientist at an early stage of my career, this came as a surprise to me. No one ever informs undergrads that although women often constitute half, or in some cases the majority, of PhDs they constitute 30% or less of higher ranking positions in universities throughout Europe and the US. I find it surprising that reaching the 30% is considered an accomplishment by most institutions. However compared to the situation a few decades ago it is in fact a major achievement!

I consider myself privileged to be working at CEMIR. On a daily basis I’m surrounded by amazing scientists and a large portion of them are women. To an early stage PhD they are a source of inspiration and motivation but most importantly invaluable mentors in how to do science. With this short note I want to wish everyone at CEMIR, and scientists everywhere, a productive year.